Your browser is out-of-date!

Update your browser to view this website correctly. Update my browser now

Weaving back & forth in her songs & onstage between leather & lace, wild weather & grace, Deanna demands the listeners' attention, armed with a powerhouse voice & brutally honest lyrics of her rollercoaster movie-scripted dramatic past.

Taking her fight-or-flight Air Force / Wounded Warrior attitude along with her on a musical revival of song & dance, motherhood & romance, this Texas tornado rolls through towns leaving no ear unturned.       SUCH AN AMAZING RECOVERY STORY. 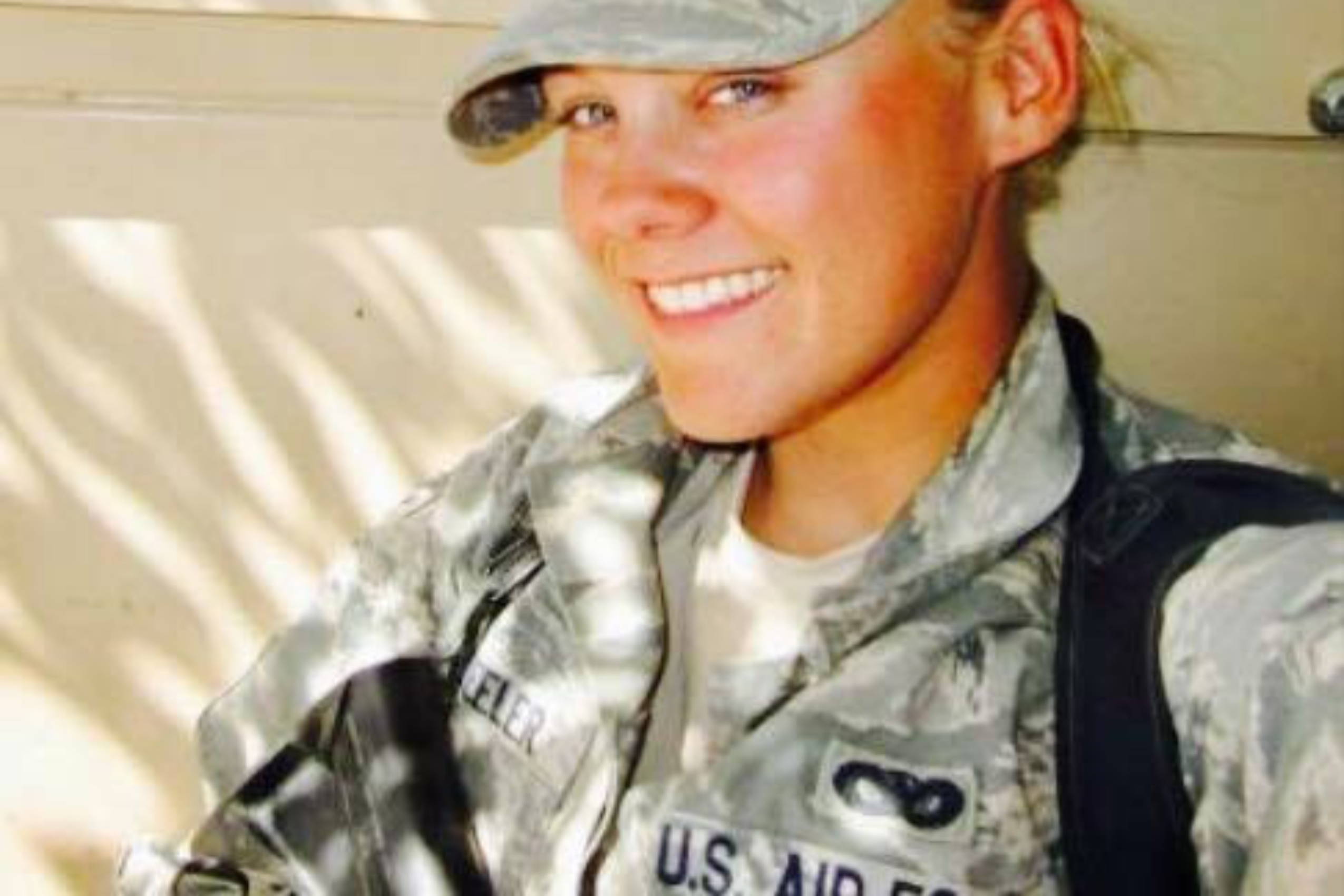 A young Air Force veteran serving in Afghanistan in 2009, Wheeler was critically injured shortly after celebrating the birth of her first son in the desert. She prevailed & got back on her feet, deploying back home to nurture her firstborn son. Life was a blessing for Deanna.

While recovering from her service injury, Deanna quickly caught the eye of an ex-Marine and fell into a whirlwind romance as told eloquently in her lush ballad Book of Truth. What blossomed as a fairytale blood red rose of love & inspiration wilted, leaving her solely carrying the weight of 3 children.

Wanting to start a new life for her baby angels, this fearless single mother packed what she had and moved to Austin with a recharged dream of telling her story through the power of music.
With her aggressive, loud attitude she fastidiously grabbed the attention of 3-time Austin Producer of the Year AJ Vallejo.

Mr. Vallejo was strongly moved & intrigued with her story and the two new-found friends quickly connected, ferociously constructing a brutally honest masterpiece of a first album.

The powerful self-titled debut, Deanna Wheeler, reads as a heart-on-the-sleeve musical diary with songs like Through The Fire, Wasted Space & Try oozing love, heartache & hope into the minds of open ears sharing the same journey of life. A release date for the album was set with a fiery live show already burning up venues & clubs all of Texas.

Once again, Deanna’s life was blessed with exciting new paths and promise.

On the day of a final mix session to make a mastering deadline, Deanna called AJ needing to cancel the session saying she wasn’t feeling well.

“After Deanna cancelled saying she was feeling really bad, complaining of extreme back pain & tingling in her legs, I had to jump on a flight to New York..” AJ recalls, “by the time I landed 3 hrs later I called to see if she was feeling better. She told me she was in ICU not able to breathe, losing all feeling from her chest down. It was heartbreaking to her the despair in her voice.”

Deanna had strangely out-of-the-blue contracted a rare condition identified as Guillain-Barre Syndrome that causes paralysis by the immune system that damages the peripheral nervous system.
The triumphant album release was postponed indefinitely. How long would this syndrome keep her down? Previous cases reported anywhere from a 1 to 10 year recovery period, to some never fully recovering and even some not surviving.

What followed was a fight-like-hell for life and health, well documented on her social networks with a vast team of doctors, supporters, donors, fans, friends, family, fellow veterans and a lot of prayers. Deanna started the arduous, painful process of taking each day getting back on her feet. Her mother, Cheryl, who she considers her life hero, wonderfully detailed in the emotional album-closer, The Woman You Made, moved to Texas from Cali to assist in taking care of her three kids.

The latest fight continued.
Some days, an exciting burst of progress & good news, most days a cruel reminder of what she was facing. Still, she never stopped believing. If you’re still reading this then you know this warrior is no damn quitter.

Around six months later, Deanna woke up one morning, put her two feet on the ground and stood up shaking, grunting in agony. With this one lightning bolt of elated progress, she now knew there was no turning back. If she could stand, even for a couple seconds, she could also walk & within months, run. Breaking the mold, running like hell never slowing down because she now could.

Taking her fight-or-flight Air Force Wounded Warrior attitude along with her on a musical revival of song & dance, motherhood & romance, this Texas tornado is back again stronger than ever, rolling through towns leaving no ear unturned.

There is no missing this sonic sultress when she crosses your path. Lord knows she fought like hell to get here so damnit you better pay attention.

Stay tuned to www.deannawheeler.com for the latest updates & concert performances.

We take great pride in helping causes around the world. We are proud to support people that want to make a difference around the World.